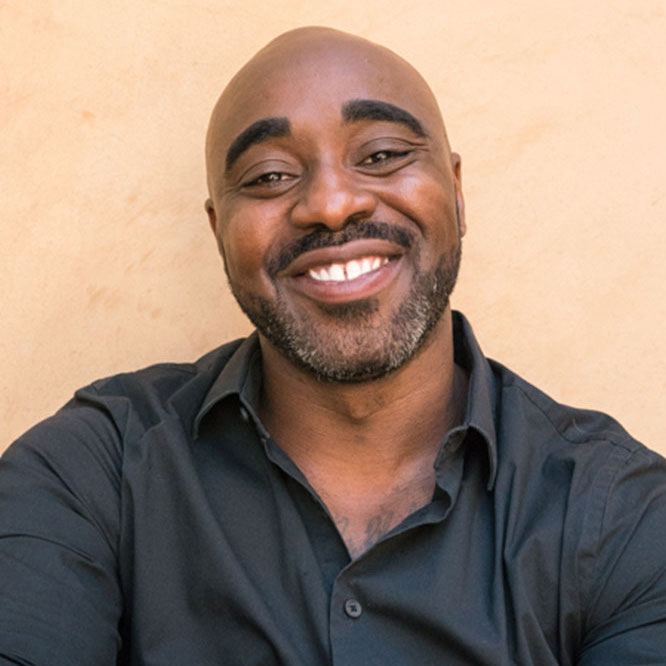 Jay Jordan has worked at the intersection of social justice and politics throughout his career. During his tenure at LA Voice PICO, Jay was instrumental in recruiting and training churches in the South Los Angeles area. He served as one of the lead organizers for the Campaign to Ban the Box for the city of Los Angeles and co-founded Faith in Action, a group of crime survivors in the Westmont area of Los Angeles working to transform their community by employing an asset based community development strategy.

As Special Projects Manager for the California Applications Research Group in Stockton, California, Jay spearheaded the launch of the widely successful anti- graffiti mobile app, Clean Up Stockton. He also established a first class call center that was instrumental in victories on several political and social campaigns across the west coast.

Jay was compelled to create his own non-profit that focused on teen diversion and civic engagement because of his experience as a troubled youth who served time in prison. With the help of Stockton City Councilman Michael Tubbs, law enforcement, and several other allies, Jay launched the innovative youth organizing program, The First50 which in its first year saw both 100% high school graduation and college enrollment. He has been recognized over 20 times for his organizing talents including the American Red Cross’ 2014 Hero of the Year, the Literacy Foundations’ Innovative Library Concept Award, and a Special Congressional Recognition for Outstanding Youth Program.

In addition, Jay served as co-chair of San Joaquin County’s Boys and Men of Color Alliance Juvenile Justice Committee and was a Board member for the African-American Chamber of Commerce of San Joaquin. He made history by becoming the first and only formerly incarcerated Field Director for Congressman Jerry McNerney’s successful reelection campaign.

Jay has be a leader in CSJ since He first joined in 2015. Starting as Network Manager and quickly moving to Second Chances Director. Jay was responsible for creating our Second Chances Advisory Committee comprised of a diverse crop of stakeholders to create our Road to Redemption Report which outlines our policy priorities for the next 5 years. Jay was instrumental in helping pass Prop 57, running our state community engagement and weighing in on crucial strategic decisions that help move the ballot along.

As Time Done Director, Jay help grow our membership to 12k in under one year and helped launch our Time Done campaign with a concert at the Greek Theater headlined by the late-Nipsey Hustle.